Nothing Can Drive Away The Darkness But The Light 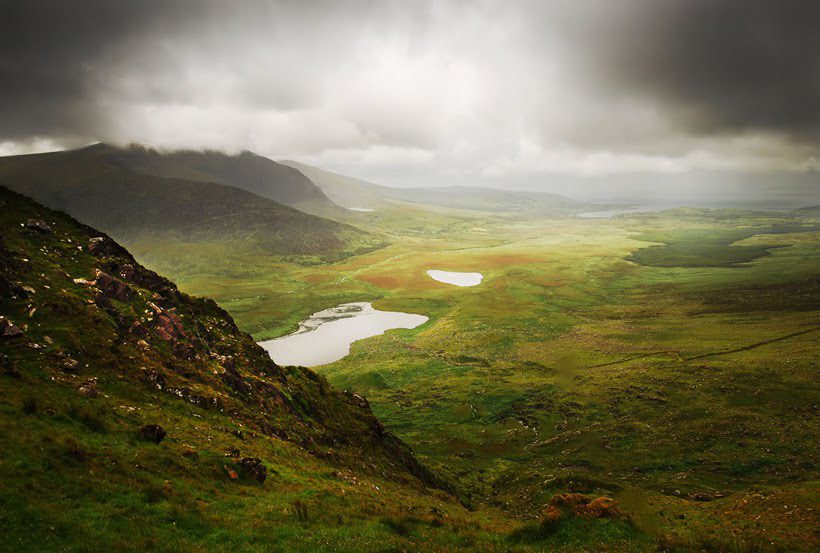 “Even though I walk through the darkest valley,I will fear no evil, for you are with me; your rod and your staff, they comfort me.” Psalm 23:4

Life always seems to have one more valley, one more hill to cross. And nothing is darker than a valley on a starless night. Outer space is a very dark place and full of dark holes. How awful to be lost there.

The dark valleys of life can be just as deep and hopeless. Dark valleys symbolize suffering and hard experiences that many of our persecuted brother and sisters are going through right now in Iran, Iraq, North Korea  the Sudan …  The apostle Paul writes in Philippians  1:29,  “For unto you it is given in the behalf of Christ, not only to believe on Him, but also to suffer for His sake”

The valley of Achor which means “trouble.” It was so named because a great sin had broken out in the camp of God’s people and as a result caused a great defeat for Israel’s armies there. Willful sin inevitably must result eventually in a trek through the dark vale of trouble and defeat. (Read story in Joshua 7:25-26).

Then there is the vale of tears called Baca, or “weeping.” This valley came to symbolize a time of deep loss and sorrow. But repentance and faith will lead us out of the valley of Achor. God’s comfort will guide us through the dark valley of Baca. “Blessed is the man whose strength is in thee. . . . Who passing through the valley of Baca make it a well. . . . They go from strength to strength“ (See Psalm 84:5-7).

Perhaps the darkest valley of all is the valley of the shadow of death. Here is a valley deeper and darker than the deepest sea.  All must enter that valley at least once; some may even skirt its edges again and again  before its thick darkness finally conquers them. For those without Christ it is a valley of great fear; there have been multitudes “who through fear of death were all their lifetime subject to bondage” (Hebrews 2:15).

But for those who know the Lord, they need fear no evil for God is with them. The world’s darkest valleys cannot shut out him who is the light of the world. For them there is a light in the valley. The guiding staff and buffeting rod of Christ are comforting for they prove the love of the Shepherd. It is not surprising that the 23rd Psalm is the most requested passage of Scripture by those deep in this dark valley.

This is a true story about our brother, a native Kazakh, by the name of Bakhtiyar. It is a story of someone who has put his faith and trust in the Lord.

Bakhtiyar was caught by the Kazakhs in his own village and taken to the local leaders with tied hands.

The crowd was shouting and demanding he be punished for betraying Islam and becoming a Christian. Bakhtiyar looked in the eyes of the people and saw hatred, anger and disgust. One of the village masters asked, “How much did they pay you to betray our religion?” It was a serious challenge, which enraged the mob even more.

Bakhtiyar looked around for any way he might escape but, surrounded by people and cars, there was none. All he could do was pray: “Dear Lord,” he said, “for the sins I have done, please forgive me. And forgive these people who want to kill me. You know I have done nothing wrong to them. Jesus is my Savior, and somehow they think that means I betrayed them.”

Suddenly, another village elder pushed him and demanded an answer. Bakhtiyar replied, “I betrayed no one. I have only trusted God’s invitation which says, ‘For God so loved the world, that He gave His only begotten Son, that whosoever believeth in Him should not perish, but have everlasting life.’ All I have done is believed in Jesus, Son of God.” (See John 3:16.)

For a moment the crowd was silent, but then it exploded in swearing and shouting.

As Bakhtiyar prepared himself for the worst, he heard a very quiet voice: “Don’t be afraid. I am with you.”

Bakhtiyar looked around, but couldn’t see anyone who might have spoken those words of comfort. No, all he could see and hear were the shouts of those who were demanding he be taken to the village court while others said he should be executed right there. That group was divided: some wanted to stone him, and others wanted to hang him.

The argument escalated and the crowd began to fight among themselves. It was then that the ropes on Bakhtiyar’s hands were loosened and fell off. A quick inspection revealed no earthly helper. As he stood, the voice spoke to him again and told him he was “free to go.”

With the mob arguing and fighting about how to murder him, nobody paid him any attention. As the voice had said, Bakhtiyar, freely and without challenge, walked through the crowd. No one seemed to notice his escape. Bakhtiyar immediately went to a pastor’s house and shared what had happened.

Divine deliverance? In more ways than one.

Not only was Bakhtiyar delivered from the mob, others were delivered as well. You see, a week later some young men came to the church and asked for Bakhtiyar. Not knowing what to expect, it took some faith for Bakhtiyar to go out and greet them. Hanging their heads in shame the men asked for forgiveness. Then they added, “We would like to be with Jesus, just as you are!”

Let me close with the words of a song I remember from years ago:

1. When I’m tossed on life’s sea and the waves cover me,
And the clouds won’t allow the sunshine through,
Then a voice seems to say, “Child, there’ll be brighter day,
Don’t allow the clouds to hide sweet Heaven’s view.”

‘Cause you’ve got one more valley, one more hill,
Maybe one more trial, one more tear.
One more curve in life’s road, maybe one more mile to go,
You can lay down your heavy load when you get home.

The Best Is Yet To Be For The Child of God