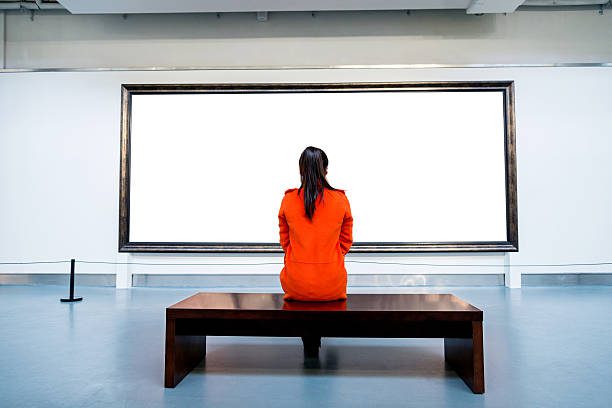 The modern day HAF translation of the Quran comes from the 9th  century  (805 AD). It differs from all previous, earlier Qurans in thousands of instances. The time span between the ninth century Haf and the 20th  century that finally  accepted the Haf translation of 1985 is  over one thousand years.

Haf who was only a student of the Quran and not an expert linguist  died in 796 AD, one hundred and forty-four years after Mohammed. He was from Iraq never laid eyes upon Mohammed nor heard him preach. The Hafs translation of the Quran became official in Cairo, in 1924 and for all of Egypt in 1936 and for all of Saudi Arabia and Islam in 1985.  This translation cannot be the exact copy of the  original Quran in heaven as  it contains vowels and vowels were not inserted  until the eighth century some two hundred years after Mohammed died. The  RASM (ROS-SIM) is the purest text in Arabic Islam.  The original Quran used only a fifteen letter bare text consonants. There were no vowels in the seventh century when the Quran was handed down to Mohammed. This shows that the Haf Quran today is not the Quran recited to Mohammed  between 612 and 632.

In our modern day and age of exploding knowledge one has only to compare the modern day Hafs Quran of 1924 which 90% of Muslims now accept, with the  Warsh  Quran popular throughout  North Africa. The  various Warsh Qurans not only disagree with each other word for word but they also disagree with the Hafs Quran of 1924.   Again,  the differences are not minor but major, not few but many.  And the shame is that Islamic leaders had to know that there were scores of Qurans in circulation vastly differing from one another for they preached and quoted and read from their pages in hundreds of mosques for hundreds of years all over the Islamic empire. And the greater shame is that these errors have  only  recently  being exposed to the light not by Islamic clerics in the East but by researchers in the West. Western scholars are not afraid of Allah’s or any Caliphs  threats of beheading  to question the Qurans claim to fame. Freedom to think is what keeps people free from a herd mentality. In our Western society we even question the questioners to make sure they do not have a hidden agenda.

The mantra (song) of the Imams throughout their history  is that there has  only been  One Quran throughout Islam. It has been  sent down from heaven  word for word, as accurate as the Quran in heaven. But this has proven to be but a  repetitious  mythology.  This   worldwide deception  has duped  millions of honest seeking Muslims who have not had the resources to  check out the Quran’s claims  for themselves up until the 21st century.  They have honestly  believed it because their Imams told them so.  This is perhaps  the most satanic, gigantic hoax ever perpetuated in all of history. Here is a pit of lies  so deep out of which no Imam can climb (cf. Surah 10:15; 15:9; 18:27; 85:22).

Let me remind you again of the gold standard claims of infallibility that the Quran claims:

All of the above claims are referring to Uthman’s  perfect Arabic (Quraish)  652  text. Not a dot, not a letter, not a word, not a  sentence, has been altered  by the mind of any man. It is all as pure as the voice of Allah who was quoting  to  Gabriel who was quoting  to Mohammed. This  shows that Mohammed was but the mail man and it was  human editors who put its so-called sacred pages together (Al Bukhari 9:89;301).

The perfect Quran was  then sent by the Caliph Uthman throughout the Islamic empire to the various major cities, one  in each province such as  Medina, Cairo, Alexandria, Jerusalem, Damascus, Basra, and Kufa (near Bagdad today)

With each authorized copy Uthman sent a person who knew how to pronounce each word properly. Remember this is the seventh century. Vowels did not come along until  the eighth century. Copyists  perfectly copied it again  and read in all their  mosques.  The claim is that since that day there has been one perfect Quran sent down from Gabriel to Mohammed to the world. And from this source  all other Qurans    agree with each other right down to every letter, word, and sentence as exact as the words on  the clay tablets  in heaven. (cf. Al Bukhari 6: 509-510; Surah 10:15; 15:9; 18:27; Sura 85:22).

Here is the challenge: Like Moses coming down from Mount Sinai holding up the  tablets of the Ten Commandments  in his hand for all to see. Hold up in your hand this perfect Quran from which  all the others perfect copies descend. Hold it high for all the world to see on national television, wave it from the highest minaret in Mecca ~ One ~ just one complete Quran by Uthman. Let all of its 114 chapters and consonants that correspond exactly with the Hafs 114 chapters and consonants unfold before our anxious eyes. Do so and we shall surely sigh in awe. But right now we gasp in shock.

Academia would settle even for a copy of the copy. And remember this, these 652  AD copyists  would not have  been written on papyrus (leaves) that disintegrate in one hundred years but written  on parchments,  expensive animal  skins, that last forever when properly stored.  Leaders in every major mosque in every major city  would have protected and  preserved them as the original American Constitution is  protected in the National Archives in Washington, D.C from which all other U.S. Constitutions are but copies.

But the confusion continues. There were thirty official (not considering the unofficial) Qurans before Hafs 1924 edition.  Within these pre-Hafs translations experts have  discovered, at least to date,  over 93,000 differences. How many holes did it take to sink a Titanic  that men boasted was so unsinkable that even God could not sink it?  It took only  six. It takes only one hole, one error, one Oops to destroy a man, a prophet, a book’s claim to infallibility. Because of the Quran’s claim to be 100% accurate, ~ One~ hole sends it sinking slowly into the deepest depths of darkness.  As far as being exact copies  from external clay tablets in heaven the Quran is as false the eighth century Donation of Constantine. The truth must be told , the Quran cannot  be trusted any more than a book of Grimm’s  fairy tales or the collection of  Middle Eastern folk tales  of  “One Thousand and One Nights.”  You are more likely to find Aladdin’s  Magic Lamp hidden in a dark cave than you are to find any seventh   century  Quran  (cf.  Surah 28:48).

The honest seeking Muslim people have been jinxed   by their Imams and hoodwinked by their scholars. They are the ones who should fear the judgment of God when they stand to give an account in the Last Judgment.