Mohammed, The Man, The Prophet, The Truth 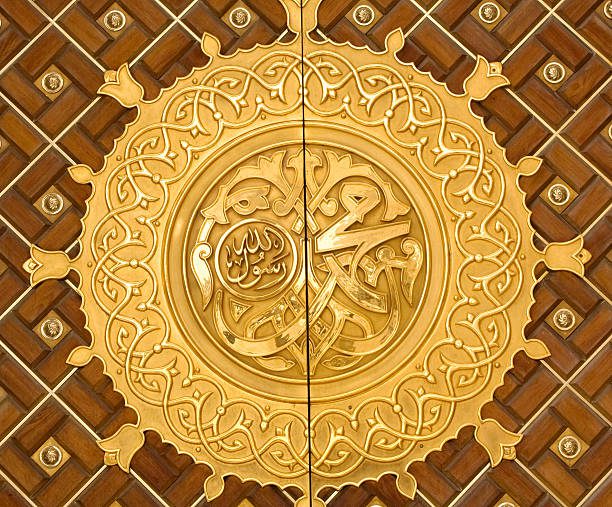 Mohammed, The Man , The Prophet , The Truth.

Mohammed’s claim to fame was not that he was a miracle worker, which he was not (Surah 6:37;  13:7; 17:90-93). But he did claim  that  he was the last and the greatest of God’s true prophets, that he was a warner of Allah.  He  made a prophecy that the last hour, the end of the world would come before a young boy who stood near  him would grow old.  ”If this young boy lives, he may not grow old till (he would see) the last hour coming to you” (Sahih Muslim, Book 41, Number 7050) Now let us put this one erroneous prophecy on one side of the scale and Deuteronomy 18:20-22 on the other and see if Mohammed passes the test of a true prophet.” The Holy Bible gives us a test to determine a true prophet from a false one:

“ But the prophet who presumes to speak a word in My name, which I have not commanded him to speak, or who speaks in the name of other gods, that prophet shall die.’  And if you say in your heart, ‘How shall we know the word which the Lord has not spoken?’— when a prophet speaks in the name of the Lord, if the thing does not happen or come to pass, that is the thing which the Lord has not spoken; the prophet has spoken it presumptuously; you shall not be afraid of him,” (Deuteronomy 18:20-22).

Here is a strange happening of events indeed. It is the story of how Mohammed died of food poisoning. Prior to his death Allah made the statement in Surah 69: 44-47 that if Mohammed ever lied to him, he would cut through  his aorta. A large  artery that  comes out from the left ventricle of the heart and goes down the back bone. “And if he  (Mohammed) had invented false sayings concerning Us, We assuredly had taken him by the right hand And then severed his life-artery, And not one of you could have held Us off from him.”  This is exactly the way Mohammed died.

How ironic that the greatest of all prophets who before he died of  food poisoning complained that he felt like his aorta was being cut off did not predict the coming of his own death. How  unjust that he should die  by the hand of a Jewish woman named Zaynab bent Al- Harith, whose family he had wiped out. (Cf. Sahih al Bukhari 2617-4428; Sahih Muslim 5430; Ibn Sa’d, p. 252-253).

The  Book of Hebrews in the New Testament was written in the first century.  It says that after Jesus Christ’s ministry here on  earth  no new genuine prophets will arise.  It says that Jesus Christ the Son of God is the last and greatest of all the prophets.  The Islamic claim that Mohammed is the last and greatest prophet is in open defiance against what Jesus followers said about him and what Jesus Christ says about himself (c.f. Hebrews 1:1-3). The Islamic claim that Mohammed is the greatest and last of all the prophets does not have Biblical legs to stand upon  as  Mohammed did not come through the prophetic line of the prophets which came only through the genetic line of Isaac. Three different times God referred to Isaac as Abraham’s “only son” (c.f. Genesis 22:2,12,16). No 7th century   prophetic line could come through the line of Isaac. As an Ishmaelite Mohammed is not a prophet of God today (c.f. Galatians 4:21-26).

To be a true prophet in Israel you had to be able to trace your ancestry back to Abraham and Isaac. The prophetic line came only through this ancestry: Genesis 17: 18-21 confirm this,” And Abraham said to God, “If only Ishmael might live under your blessing!” Then God said, “Yes, but your wife Sarah will bear you a son, and you will call him Isaac. I will establish my covenant with him as an everlasting covenant for his descendants after him.  And as for Ishmael, I have heard you: I will surely bless him; I will make him fruitful and will greatly increase his numbers. He will be the father of twelve rulers, and I will make him into a great nation.  But my covenant I will establish with Isaac, whom Sarah will bear to you by this time next year.”

The Quran claims that Mohammed is mentioned in Deuteronomy 18:15 where it says, “The Lord your God will raise up for you a Prophet like me from your midst, from your brethren. Him you shall hear.” Verse 18 says much the same thing.  “I will raise up for them a Prophet like you from among their brethren, and will put My words in His mouth, and He shall speak to them all that I commend Him.” The problem here is that Mohammed did not come “from among their brethren.”  Mohammed was not a Jew. He was an Ishmaelite an Arabian. He did not come from Abraham and Sarah but from Abraham and Hagar. And God did not recognize Ishmael as a son of Abraham. Genesis 22: verses 22:1,8, 12, 16 all refer to Isaac as Abraham’s “only son.” To be a true prophet Mohammed had to be able to trace his lineage back to Isaac the prophetic line. All the Old Testament  prophets could do this and even Jesus claimed to be from the prophetic line of Abraham and Isaac (See Matthew 1:1-6).

Genesis 22: 2, 12, 16 all refer to Isaac as Abraham’s “only son.” Surely Abraham knew he had a son named Ishmael; in fact, he seemed to be Abraham’s favorite son. But God did not recognize Ishmael as a son of Abraham.

Mohammed who descended from Ishmael descended from Abraham and Hagar and therefore was not from the prophetic line. According to Galatians 4: 21-30 Ishmael was a manmade fiasco; perhaps Abraham’s greatest blunder throughout his one-hundred and seventy-five year life span. In Genesis 17:21 God confirms that his covenant is only through Isaac, “But my covenant will I establish with Isaac…”

Another “Mission Impossible” is to defend the claim that Mohammed is found in the Gospels. Surah 7:157 reads, “Those who follow the Messenger, the unlettered prophet, whom they find written in what they have of the Torah and the Gospel, who enjoins upon them ….”  One verse used in the gospels among others is John 14: 16-17, “And I will pray the Father, and He will give you another Helper, that He may abide with you forever— the Spirit of truth, whom the world cannot receive, because it neither sees Him nor knows Him; but you know Him, for He dwells with you and will be in you.”  As irritating as a stone in your shoe is the irritating   fact  that in Islam Allah is not a Father to anyone. He  does not dwell in you to help you and neither will he be with you one-on-one throughout eternity for  in an Islamic heaven  you are as aloof from the personal presence of God as far as  the east is from the west.  How different from Jesus promise in the gospel of  John (14:3)  that says, “Where I am, there you may be also.”

It is Contrary to all logic  that Allah, the most high God who is not  trinitarian in his essence (as in Christianity) should pray to anyone; otherwise, he would cease to be the Highest. Yet this is exactly what Allah does in the Quran where he prays for his followers and for angels (c.f. Surah 2:157; 33:43; 33: 56). Surah 48:9).

If Islam does not deify  Mohammed, it comes mighty close to it when its worshippers  pray,  “Peace and God’s mercy be on you, prophet.”   This prayer speaks directly to Mohammed as if he can hear them from the four corners of the earth as though he is omnipresent.  The prayer in Arabic implies much the same thing. “Peace and God’s mercy be on you, prophet.”   Are they not praying  to a dead man which is shirk. Shirk is the biggest sin in Islam for it associates partners with Allah which is idolatry.  The problem of prayer does not stop there. If Allah has all things predetermined why pray. You cannot prohibit  the inevitable.

To Illustrate, Mohammed predicted that the forty-year civil war that raged between the Umayyads and the Abbasids would be won by the Umayyads; instead, the Abbasids crushed the Umayyads Persians who had ruled for almost 100 years. The Abbasid dynasty would go on to rule for almost  five-hundred years (750 to 1258 AD ). Mohammed could not possibly be a true prophet and certainly not the greatest of all prophets according  to Deuteronomy 18:20-22. To repeat, a  true prophet had  to be  correct 100% of time or they  were to be stoned to death. For this one blatant error alone Mohammed should have been stoned to death. Fortunately, for him he did not live in the days of Moses.

Islam claims that Mohammed is “the seal of the prophets,” that the Quran is God’s  final, flawless and last revelation to humanity. That it is accurate not only down to each word but accurate right down to each letter. This is  proving  to be as difficult for Islam to prove as square circles and triangles with four sides.

The indubitable  fact remains that  the Quran is contrary to almost every major doctrine that  the Bible has taught for millennia. Islam contrary to the Old Testament, and thus to both  Judaism and Christianity teaches  that the Garden of Eden was not on earth but in heaven. As a result of their sin Adam and Eve were cast down to earth to Mecca. The New Testament teaches  that Jesus died and rose again (I Corinthians 15:1-8).  The Quran  says it was all fake news and that for  2000 years Allah has been fooling us all.  ( Is this not the cruelest of all jokes.) The Bible says that Jesus is the divine Son of God (Philippians  2:5-11). The Quran says that he  was no more than a prophet and that Mohammad is his superior.  The Bible claims to be God’s  last revelation to mankind. The last chapter of the story of salvation has been written  in the holy scriptures.   (Hebrews 1:1-2).

]If you are a Muslim and reading this article, may I encourage you to do your own investigation of Islam  and then do an equal investigation of Christianity. Jesus said, “You shall seek me and find me when your search for me with all your heart.” He’s only a prayer away!