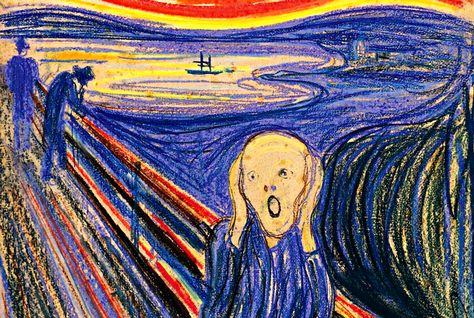 I have been asked several times in the last month if I have recovered from the last presidential election, when Obama defeated Romney. I thought I was but now I’m having a relapse. Just re-thinking about it gave me hot flashes.

What spooked me too get off my hiatus from what’s going on in the political realm was the how-low-can-you-go bicyclist Lance Armstrong. The proverbial liar, who had smeared and sued former friends and colleagues when they told the truth about his drug use, finally admitted he had lied to all and defamed those who told the truth. For me his less than honest interview with Oprah was like a spark that hit the dynamite shed. I decided that I must take a fresh look at the political spectrum over the past decade and see if it was the ‘refuge of lies’ that I always thought it was. Maybe I was only looking at the dark-side; maybe now I will see the bright-side and break out of the shadows of Dante’s Inferno into the sunshine of  “a rosy-fingered dawn.” That itself was delusional; it was like diving into a cesspool and hoping to come up smelling like a rose.

I thought of President Bill Clinton, the wickedest-willie-coyote of them all.  I could still see that crooked finger pointed in my face as he said in a nationally televised White House news conference, “I did not have sexual relations with that woman, Miss Lewinsky.”

Recently I saw a blurb on television about South Carolina Gov. Mark Sanford, who felt he was worthy of another stint in congress. Like Admiral Lord Nelson he would like us to lift the telescope up to a  blind eye and say;  “I didn’t see a thing”  Like a Ponzi  felon who believes his own lies; he would have us believe his lie that while he was on a little escapade of  adultery in Argentina  he was really  hiking along  the Appalachian Trail.

The past 15 years have also brought us sex scandal upon sex scandal.—to name just a few—Rep. Mark Foley and congressional pages (exposed in 2006), Sen. Larry Craig in airport bathrooms (2007), New York Gov. Eliot Spitzer and prostitutes (2008), and Sens. John Edwards and John Ensign with extramarital evil (2010 and 2011). Ten more senators and representatives grabbed convictions for fiscal or other offenses during the past decade.

Such corruption is nothing new; the sleaze factor always lingers in the shadows. But the danger is that what is tolerated in one generation too- often becomes acceptable in the next. A recent New York Times headline reads, “Bill Clinton Is More Popular Than Ever, Poll Finds,” Two-thirds of Americans view him favorably. The last nail in the coffin is always the same one, toleration of evil.

But once in a while something happens to give you hope not to lose all confidence  in human nature.  Baseball writers last month stood up against the current of forgetful permissiveness by refusing to enshrine in the Hall of Fame newly-eligible, drug-using superstars Barry Bonds, Roger Clemens, and Sammy Sosa—but such a stand is rare.

However, like Armstrong Notre Dame football player Manti Te’o lived a hoax as well. He openly lied on various sports stations of how both his mother and girlfriend had died in a car accident. He talked of how the love of his life, his girlfriend was fighting leukemia at the time it happened.  It was all a fraud.

As I looked over the Orwellian dishonesty regarding Acorn, Solyndra, Fast and Furious, National Labor Relations Board, the Sequester fiasco, etc., etc., etc…  I thought my head was going to explode.

I rest in these two facts, God is in control and in Proverbs 3:5-6

“Trust in the Lord with all your heart;
do not depend on your own understanding.
Seek his will in all you do,
and he will show you which path to take.” (New Living Translation).

Something To Think About: