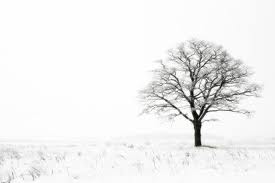 Listen to this strange verse from the Bible: “I am like a Pelican of the wilderness:  I am like an owl of the desert.  I watch, and am, as a Sparrow alone upon the house top.”  These are words of a lonely man.  God has so made man, that he  needs, the comfort and stimulation of company.  One of the severest punishments, meted out in prison, is solitary confinement: but there are millions who are lonely without, entering the walls of a man made prison.  They live in mental institutions, tenement houses, hospitals, and rich estates.  Who hasn’t felt the loneliness of the mountains, the loneliness of the prairie, the ocean, or even a city street:  H. G. Wells said on his 65th birthday “I am 65, and I am lonely, and have never found peace.”  Richard Byrd, who spent 5 months alone is in the South Pole, said he would have gone mad with loneliness, except for the great amount of work he had to do. I received a letter last week, from a man in one of our hospitals, who feels terribly alone.

A man lay on his rags, under one of the arches, by the pool of Bethesda.  Here was a man, with half a life time of loneliness behind him, the loneliness of Sickness.  It seems incredible, but no one, had ever befriended this helpless soul:  “I have no man, to put me in the pool.”  Was his pathetic cry to our Lord, who wanted to heal him?  But thank God, Christ, not only brought healing to this man, but as the friend of the friendless, he brought him companionship.

Paul, standing on trial for his life before Nero, said: “No stood with me.” man  not one friend, came to his defense, and stood with him.  His was the loneliness of Separation:  but he went on to say:  “the Lord stood with me.” Their Lord Jesus says to all those, who accept Him as their personal Savior from sin, “I will never leave you nor forsake you.”

The little bent over widow, who followed the funeral of her only boy, suffered the loneliness of Sorrow, which few of us escape.  The thought of the journey back from the grave to the little cottage was unbearable.  Memories of his happy babyhood, boyhood, and manhood, overwhelmed her.  Those who have experienced the loss of a loved one, know this loneliness of sorrow.  On the death of her husband, Prince Albert, Queen Victoria sobbed, “I have no one to call me Victoria now.”  But Jesus says, “The Spirit of the Lord hath sent me to heal the broken hearted.”  He bought life back to the son of this desolate widow and He is the Resurrection and the Life, can give the assurance to all who die with their faith in Him, that they will meet their loved ones again.

Then there is the loneliness of Sin:  The Bible talks about Judas, who betrayed Jesus, for 30 pieces of silver.  It says, “He went out, and it was night;” did Judas pause and shudder, as he closed the door behind him?    He was going out into the night in the loneliness of Sin.  There was no dawn for him after that night.  His heinous crime severed him from God forever.  The loneliest soul in the world is the soul that is separated from God by sin forever.  For never will that soul know the Presence of God’s peace, now or for all of Eternity.  Sin always makes a man lonely, and nowhere, will this loneliness be felt more than at the Judgment bar of God.

Away on a stark rugged hill called Calvary, a rugged cross was lifted up to the sky.   Not long before the one dying on this cross was the center of popularity.  His Name was on the lips of all.  The thronging crowd even sought to make Him King.  How quickly circumstances changed.  Now He was impaled on the Cross, suffering the fate of a felon.  Leaders scoffed, soldiers gambled, frightened people hurried by, even nature could not bear it, for the earth trembled, and the sun refused to shine.  Worst of all from the cross the anguished cry came, “My God, my God why have You  forsaken me?”  Such was the loneliness of the Savior on Calvary.  Isaiah prophesied, “I have trodden the wine press alone.”

But the wonderful new for all of us, is that Jesus Christ bore that pain of loneliness on the Cross, so that none of us need ever bear the punishment of eternal loneliness.  By accepting the Lord Jesus Christ as our personal Savior, heaven becomes a person’s home, heaven which is a place of joy and fellowship.  The Bible says that in Heaven, “God shall wipe away all tears and so shall we ever be with the Lord.” Heaven is a place where there is no loneliness.  Let a man repent of His sins and turn to Christ, and he will never know the sorrow, the loneliness, the agony of Hell.   Hell is essentially, eternal separation from God.

“Whosoever shall call upon the Name of the Lord shall be saved.”  I trust that you will make your decision to accept Christ as Savior today.