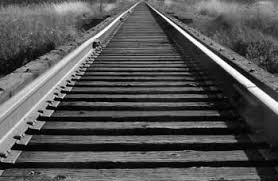 Now look at the same verse from the Contemporary English Version

This prophecy was originally applied to Eliakim, (don’t let the name scare you) the keeper of the treasuries in the reign of King Hezekiah. The wearing of the key to the treasuries on his shoulder was symbolic of authority. Isaiah, in fact, had used this same symbol in his great prophecy of the coming Messiah, saying that “unto us a son is given: and the government shall be upon his shoulder” (Isaiah 9:6).

Eliakim thus became a type of Christ in his capacity to open and shut doors with his special key. The Lord Jesus quoted from this passage in His promise to the church at Philadelphia: “And to the angel of the church in Philadelphia write, ‘These things says He who is holy, He who is true, “He who has the key of David, He who opens and no one shuts, and shuts and no one opens”: “I know your works. See, I have set before you an open door, and no one can shut it; for you have a little strength, have kept My word, and have not denied My name.” (Revelation 3:7-8).

This strong assurance has been a great bulwark to many who were trying to maintain a true witness during times of opposition and suffering.

But Eliakim was also called “a nail in a sure place,” and in this also he becomes a wonderful type of Christ. Eliakim was trustworthy in his office, and so is Christ. The nail in a sure place speaks of stability in time of trouble, as Ezra later said: “And now for a little while grace has been shown from the Lord our God, to leave us a remnant to escape, and to give us a peg in His holy place, that our God may enlighten our eyes and give us a measure of revival in our bondage” (Ezra 9:8).

Eventually, of course, Eliakim’s nail had to be removed (Isaiah 22:25), but never that of Christ, for He is “an anchor of the soul, both sure and steadfast” (Hebrews 6:19) who will never fail.

He’s Only A Prayer Away,