Israel, In Her Land To Stay 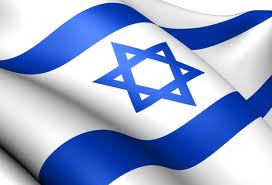 This is one of the greatest promises in the Bible. It was made to Abraham, the father of the Jewish people, and the Jewish nation. From 70 A.D. to 1948 A.D. Jews roamed amongst the nations of the earth and were known as the people of bleeding feet. In all that time, they never lost their identity as a people, and their love for Israel. For centuries one of their favorite chants was, “Next Year in Jerusalem.” For eighteen hundred centuries they retained their language, their Scriptures, their faith, their culture.

On May 14, 1947 Israel became a new nation recognized in the United Nations amongst the 200 nations of the world. At that time it had a population of some 600,000 souls. From 1948 to the present time, Jews began migrating to Israel in record numbers. Today, thanks to the Christian-Jewish organization called,”On Wings of Eagles,” many Jews are migrating from Russia to Israel while the door  of immigration is still open.  Today Israel has a population of some seven million people and is one of the most prosperous, stable, democratic, nations in the Middle East, and a loyal friend to the United States.

How ironic that one day, after her inauguration as a new nation, May 14, 1948, Israel was attacked on four fronts, by well-armed militias, they wanted to kill the infant nation, while it was still defenseless, and lying in the cradle. But, nevertheless, with a ragtag army, she defeated her avowed enemies soundly. It was a David over Goliath victory. Israel is back in her land to stay. After wandering from land to land, from sea to sea, from nation to nation, from persecution of persecution, from taskmaster to taskmaster, she is now back in her land, and God’s eyes are perpetually upon her, protecting her. The United Nations, which recognize her as a nation, has since then   often voted against her best interests; almost seeking to destroy her; but her true recognition does not come from the United Nations, but from the ruler of all nations, Jehovah!

Israel is here to stay, because she has her own land, her own flag, her own government, her own language, her own national anthem, her own capital, her own finances, her own free market, her own military, her own institutions, her own religion, and above all, God’s promise that he will bless her; and curse those who curse her.

Israel is back in the land the stay because Jesus Christ’s promise to return to this earth is based upon Israel being back in her land. He made a promise to Abraham, Isaac and Jacob and to his Church that through Abraham’s seed; [Himself] all the earth would be blessed. That day is coming, and perhaps, it’s not that far off.

That Is Something To Think About!