I Am Not Ashamed 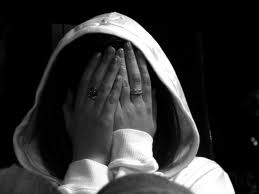 When a man says: “I Am Not Ashamed!” he makes you lift up your eyebrows:  He gives you he feeling that you want to take a long, searching, look at him.

For where is the man bold enough to say, that neither in himself, nor in his family, nor in his community, nor in his nation, is there anything, he is not ashamed of?”  Yet the great apostle says:  “I Am Not Ashamed!”

Then he says “I am not ashamed of the Gospel, of “Christ.”

Paul was not ashamed of the life that Jesus lived for 33years upon this earth, of the way he served others, of the way he took a towel and washed his disciple’s feet, and certainly not of the matchless life he lived.  I am not ashamed of that Paul said.  I am not ashamed of the death he died, or of the cross that he died upon.  Why He died in love, that he might take away your sins and mine.   And he refused to hate, the very people who murdered Him.  And best of all he rose from the dead, and made his Victory over death and sin, our Victory,

Of course our  20th century and the first decade of this  21st century reminds us of the colossal power we have in our military  arsenals;  enough power to  make even the toughest ancient Roman legionnaires   look like chocolatier -grenadiers. Thank God for a good military that keeps us safe everyday from   enemies that would like nothing better than to reduce us to a red ink spot on the cold, dead   ground; but there is a greater power than that of military strength. Then greatest power is that which can save us from the penalty of our sins. Only the power of the blood of Jesus Christ can do that.  He alone can save us, from our deadliest enemies, sin and death.

But the great Apostle takes us one step further:  “I am not ashamed of the Gospel of Christ, for it is the power of god, to Everyone that believes.”  First of all he says “to everyone” In this day of snobberies and restrictions, and all sorts of curtains, from Iron to Bamboo to Silk, ,  what a wonderful and all-embracing word this is.  “To Everyone’ Cries Paul and that includes you and then he continues, to everyone – “That Believes”. Do you believe?  I mean personally, with all your heart; sincerely enough to invite Christ into your life today, so that he becomes the Lord and Master of your life.  Do you believe in him, enough to do that?  Because only when we do this, will Jesus Christ become the Power of God unto Salvation to you.

Right here, let me tell you, where most men miss the mark.  They will not become simple enough, humble enough, to stop trusting themselves, or in some fancied goodness of their own, and put their trust for forgiveness, cleansing, and everlasting life, solely in Christ.

In closing, let me paint this picture upon the palette of your mind.  Yonder is a man in a row boat.  Having drifted, to near the high waterfall, he is now straining on the oars for all he is worth.  But, it is a losing battle, the current is too strong.  But just when some of the spectators exclaim, “It’s too late, he’s gone!”  A life rope is thrown out from the shore, and it falls at his side.  In what way does this alter the situation?  Do the spectators tell him to try rowing harder?  Of course not, now their shouted plea is:”Stop rowing!  Take hold of the rope, we’ll do the rest.”

And that is what the Power of God unto Salvation is!  Take hold of God’s life line.  Jesus Christ and completely trusting in Him, to save us from our sins.  Will you put your trust completely in him today?  I know that if you do, you will say like Paul himself, “I Am Not Ashamed of theGospel of Christ!”  And one day when you stand before God in Judgment, He will say, “I am not ashamed of you!”

He Is the Power of God unto Salvation, To Everyone That Believes!”