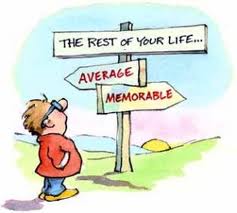 “Then I considered all that my hands had done and the toil I had expended in doingit, and behold, all was vanity and a striving after wind, and there was nothing to be gained under the sun.” Ecclesiastes 2:11

People have personal preferences regarding what things brings them joy and what gives them happiness.

One of the amazing truths of life is this: most people are willing to expend any effort and risk almost anything in achieving their individual and hard to pin down happiness goals.

I say that this goal is individual because happiness is different things to different people. Its different strokes for different folks: For some, happiness is the acquiring of a large fortune; for others, happiness it’s staying up all night and partying. Of course, there are those who simply think happiness can be spelled f-a-m-e.

Solomon directed his quest for happiness like a scientific experiment.

First, he set his mind toward the finding of pure happiness. That goal had him filling his mind with knowledge, constructing great buildings, buying slaves, cattle and, generally, acquiring a great fortune.

When none of those things gave him the happiness he craved, he added many women to his harem.

Having done all this, Solomon felt like a happiness-failure. He confessed: “I became greater by far than anyone in Jerusalem before me. In all this my wisdom stayed with me. I denied myself nothing my eyes desired; I refused my heart no pleasure. My heart took delight in all my work, and this was the reward for all my labor. Yet when I surveyed all that my hands had done and what I had toiled to achieve, everything was meaningless, a chasing after the wind; nothing was gained under the sun“ (Ecclesiastes 2:9-11).

Some of the pleasures Solomon pursued were wrong, and some were more worthy. Even so, happiness is fleeting and as hard to grasp as the wind, unless it is based on an individual seeking first the Kingdom of God — unless an individual has the one thing which is needful.

And what is that one “thing” needful?

Mary of Bethany discovered the secret! She took time out of a busy day and allowed the Holy Spirit to bring her closer to the Savior, by listening to His Words. It was at His side that she found an abiding strength and a lasting happiness that she could never have found elsewhere.  Time the great innovator cannot change God’s promises. Being close to Him who gives us life is true happiness.

Have a Blessed Day As You Lean Heavily Upon Him,