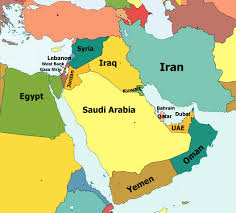 If the equivalent of 9-11 had happened in India or Pakistan rather than in America a blood bath equal to a civil war would have ensued.   If in America it was Christians burning down mosques you would hear a hue and a cry from the liberal media that would sound like the Egyptians wailing after the fall of the ten-plagues. But all is quiet on the western front because its Muslims burning Christian churches in Egypt.

Attacking churches across Egypt, by supporters of Egyptian President Mohammed Morsi continues almost unabashed. While it’s a fact that Morsi was voted in democratically on June 30, 2012 it is also a fact that shortly after he did get into power he did not govern democratically; thus his removal in July 3, 2013

The deadly crackdown by government security forces who seem to be trying to keep civility in the land has resulted in so many  hundreds of deaths that one can only hope that it will not equal the 100,000 already  killed in Syria.

The Muslim Brotherhood previously had warned that if government forces attacked its protesters, they would retaliate by attacking the country’s minority Christian population. That spontaneous reaction  alone is reason enough to question Islam’s declaration that it is a peaceful religion. Attack, burn and destroyed are not the words of a tolerant religion.
These attacks have every appearance of being planned and plotted out in advance because they happened in dozens of churches simultaneously in Cairo and throughout the rest of Egypt.

For example Beni Mazar Baptist Church in Minya, a city of 250,000 people 150 miles south of Cairo, was attacked the same time as the other churches in Cairo were attacked, ransacked and burned. One of Egypt’s oldest Coptic Christian churches, one of the oldest monasteries in the world, the fourth-century Church of the Virgin Mary there, was torched and burned as well. For the first time in 1,600 years prayers were not held its nearby monastery. In addition, the Egypt Bible Society bookstore in Minya was destroyed.
Many Christians fear that their homes will be next and they’re afraid for their children.  Fear is now a part of life for Christians of all stripes across the land of Egypt.

It seems that the military is doing its best to protect the Christian minority but with so many against so few it is hard for them to keep order.  A government spokesman described attacks on Christians as a “red line” and pledged that authorities would “respond forcefully” to any new attacks.
Egypt’s defense minister, Gen. Abdel Fattah al-Sisi, pledged that the army would pay to rebuild the churches that were attacked and destroyed during the protests.

The violence in Egypt’s continues because government troops moved in  to clear thousands of Morsi supporters who were occupying two sit-in camps in Cairo. Clashes later spread throughout Cairo, then across the country. The government has declared a month-long state of emergency, imposing a nighttime curfew in nearly half the country’s provinces.

Security in the capital is tight, with many armored personnel carriers in evidence. In spite of roadblocks throughout the city, thousands of demonstrators still take to the streets. Tension is high as weapons including clubs, machetes and guns are openly being used by all sides.
Our brothers and sisters in Egypt and Iran and Iraq and North Korea etc and other lands of persecution need our intercessory prayer.

Recently in Syria gunmen shot at least 11 Christians in Wadi al-Nasarra, an ancient Christian enclave where many displaced Christians in Syria had taken refuge. And in July   an Iranian judge sentenced Christian convert Mostafa Bordbar to 10 years in prison for “gathering with intent to commit crimes against Iranian national security.”

Hebrews 13:2: “Remember the prisoners as if chained with them — those who are mistreated — since you yourselves are in the body also.”

Pray that their faith would not fail and their Gospel witness will shine through the spiritual darkness.

The Best Is Yet To Be!

P.S. (For further encouragement regarding the of Egypt, Iraq and Iran read Isaiah 19: 19-24)